The trip was originally scheduled for Sunday the 25th of April, but the forecast (all 4 of them) predicted very heavy winds 16mph gusting to 25, so I moved the event to Saturday night, which was forecast to be fairly calm and clear. Of course, the forecast was wrong.  As of 6 PM, with folks starting to arrive, we were still waiting for the promised calm as we watched 16 mile an hour winds whip up whitecaps on the lake. Finally, at 6:20PM the water calmed a little, to a point that I knew beginners could make it safely across the lake to the island--so long as our skilled paddlers were escorting them anyway. Clouds billowed across the sky making it unlikely the sunset would be very dramatic, but everyone seemed excited to get into the water and have a night time paddling adventure. We had delayed prepping the boats to be sure we were actually going, but the wind dropped a little more and my team raced to put lights on all the boats and help folks launch into the lake.

I asked my helpers Mitch to take point, and Tina to take sweep, so I could paddle near the center of the group to watch for any difficulty in the slightly rough water.  Mitch was a local, and paddled the lake fairly regularly, but he had never actually been to the beach on unnamed island, so I was not entirely sure where we would end up. I gave him the general directions and trusted he could find it.  We set off with darkening clouds offsetting the sunset. The water was still choppy, but the whitecaps had calmed. Everyone reached the island without too much difficulty. As usual the beginners groused that the 15 minute paddle across the lake was the longest thing they had ever done. The clouds all but obscured the sunset, until the last moment, when it burst into brilliance for a brief instant before disappearing below the horizon.  Fortunately the moon was already high in the sky and bright enough that the could cover could not obscure the glow. We didn't really need the lights on our kayaks as we launched from the beach and made our way around the island to the cove on the other side by the power plant outflow.

The waves were still a little choppy as we rounded the island, but the chop disappeared completely once we made it through the channel to the cove. The water there was warm from the powerplant outflow because of all the folks who had their heaters turned on at home.  At one point the entire cove calmed and the water was like paddling across glass, the (almost) full moon high above us reflected on it's surface. Everyone enjoyed gliding across the flat water towards the lights on the wall that separated the warm cove from the lake. After spending about 30 minutes enjoying the cove, we paddled out through the channel and began to make our way across the lake to the take out. The main lake was still choppy, but the swells seemed to aid us instead of hinder as we glided back to the park. The journey back is much longer than the initial trip to the island, but no one complained. They all just cruised along enjoying the vista or talking with friends.  In the dark you can easily see everyone because of their white stern lights or the green and red bow lights, and the park is well lit so it is easy to see where the takeout point is from across the lake.  Before making shore, many people just stopped to enjoy the vista of the supermoon overhead and the lights reflecting on the water. A great start to the season despite the wind.

Of course the next night, the original night we had planned to paddle, the wind dropped well below its forecast of 16 mph and topped out at 10, with few clouds. Go figure. 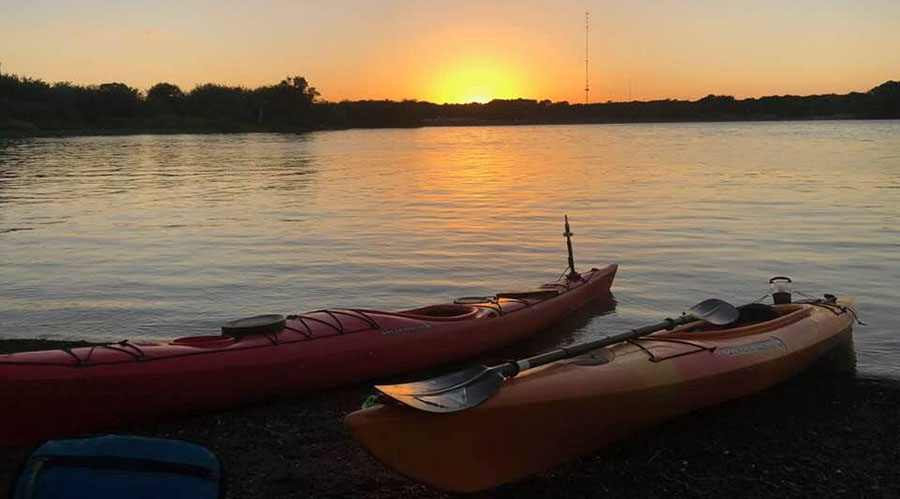 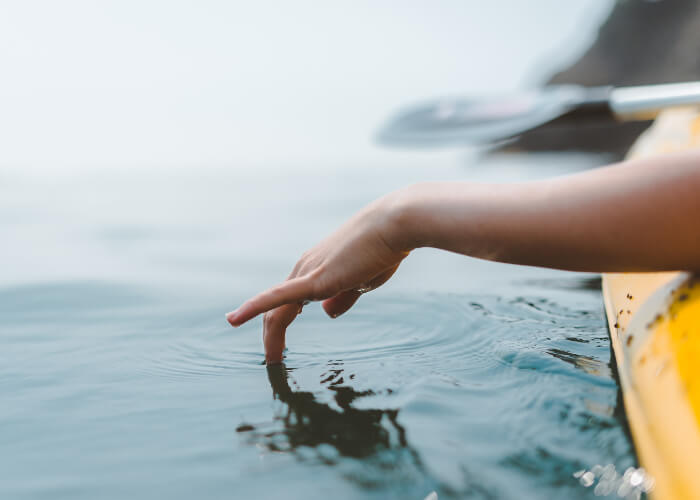 The Trinity Coalition is dedicated

to Providing Conservation through Recreation

The Trinity Coalition is dedicated to improving the Trinity River, its parks and forests.

We envision a day when the Trinity River is one of the most valued natural assets in Texas.

Our Board of Directors is comprised of nature-loving, conservation-minded community leaders.